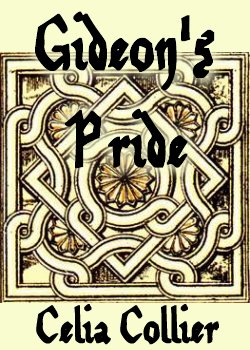 Branded a brigand because of his ties to an exiled king, Gideon of Ross haunts his beloved highlands, living his life on the run. The last thing he needs or wants in his tumultuous life is a woman.

On her way to an unwanted union, Sharyn of Nottingham travels into the heart of the Highlands, only to be set upon by outlaws. She is rescued by Gideon, an arrogant Highlander who makes no secret that he finds her an annoyance and intends to be rid of her as quickly as possible.

Before Gideon can deliver Sharyn into the arms of her intended, their party must flee the king's men. The harder they wish to avoid each other, the deeper they are drawn together. As their love grows, the legend behind a mystic chalice, the greed of a king, and their own fears and obligations threaten to come between them. Only a love true and strong will prevail...love and Gideon's pride.