Scroll down to the bottom of this page to read Leta's obituary written by her former editor at the Capital Journal, Dana Hess, which appeared the in paper. 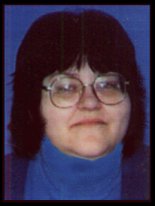 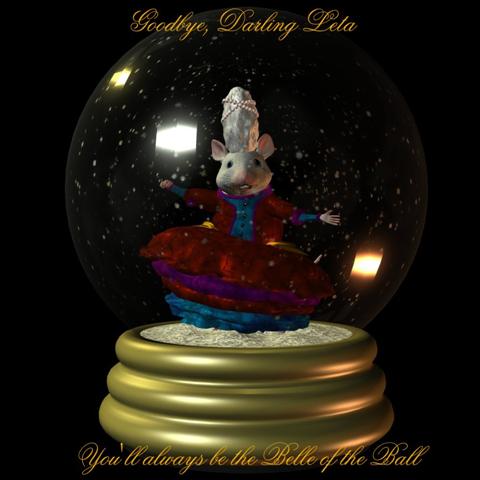 The following is Leta's obituary written by her former editor at the Capital Journal, Dana Hess which appeared in the newspaper.

The Isburg Funeral Chapel of Pierre is in charge of arrangements.

Leta was born on Feb. 22, 1954, to Leonard and Alice Nolan of Redfield. Leta graduated from Redfield High School in 1972 and she went on to graduate in 1981 from Northern University in Aberdeen with majors in English and History and a minor in political science. After her graduation from Northern, she served a fellowship at Georgetown University in Washington, D.C., in 1981 and 1982, studying political journalism. She worked briefly for the Washington Post, and the New York Times before returning to South Dakota. She was the news director at KQKD in Redfield before accepting a position at the Pierre Capital Journal where she quickly became the paper's top reporter. If there was a major story in Pierre or Fort Pierre, it appeared under Leta's byline. There's an old saying that a newspaper should comfort the afflicted and afflict the comfortable. Leta lived up to that credo whether she was writing about the heartbreak of a child abuse trial, the malfeasance of an elected official or a waitress brought low by an AIDS rumor.

Eventually, responsibilities at home took her away from her newspaper career, but that didn't mean the end of her writing. Leta became a noted author of e-books. Her notoriety in that field led to the reporter becoming the story as she was interviewed often about the e-book phenomenon by news organizations that ranged from her local paper to the BBC of London.

She became the top selling e-author in the United States with her book "Best Laid Plans" selling more than 6,000 copies. That was an e-book record and made it the No. 1 best-seller of 1999 and 2000 for a work in electronic binding. Just as she could cover any kind of news story, her selection of book topics was eclectic, as well. Her subjects ranged from romantic comedies to a how-to primer on publishing to children's books. She's noted in the "Cambridge Guide to Children's Books in English" as one of the first authors of children's books to explore e-publishing.

In late 2004 Leta went back to work at the Capital Journal again covering crime, government and politics. Her second tenure at the paper showed that there was no rust on her reporting talents. For a time she spread out into another form of writing, composing a weekly column about life and love--often to the chagrin of her husband and son who were lovingly referred to in her columns as "Zoomer" and "the Kiddo." Leta liked the fact that readers who were accustomed to her byline on hard news stories got to see that she also had a lighter side.

Most often noted for stories about crime or politics, Leta's peers recognized her talents in other forms of writing in South Dakota Newspaper Association Better Newspapers Contest. A multiple award winner throughout her 25-year career in journalism, her triumph in 2006 was particularly gratifying as she won a first place award in the feature writing category for a story about a soldier returning home from the war in Iraq and a third place award in the best local humorous column category.

A change in ownership at the paper prompted Leta to again leave the Capital Journal, though she continued to offer stories on a free-lance basis. She turned the same entrepreneurial expertise she used on e-books to her newspaper writing career. In the summer and fall of 2006, it wasn't uncommon to find her byline on a feature story in the Capital Journal, a column in River Life and a news story in the Argus Leader.

Leta was preceded in death by her parents, Leonard and Alice Nolan, and her grandparents Daniel and Hannah Nolan and Ernest and May Belle Schurch.

Leta is survived by her husband Les Childers and their son Christopher of Fort Pierre; three stepdaughters, Shari Triebwasser and her fiance Wes Magilke of Fort Pierre, Carrie Sims of Lebanon, Mo., and Jodi Johnson of Rye, N.Y.; two sisters, Linda and George Vance of Pierre, and Laurie and Jerry Stahl of Redfield; two grandchildren, Tucker and Chestiney Triebwasser of Fort Pierre; and many aunts and uncles, nieces and nephews.

She is also survived by a lifetime of written work. Reporters are a community's first historians. Anyone who looks back at the history of Pierre and Fort Pierre during her 10 years of service at the Capital Journal will find much of the news about crime, politics and government filtered through the crisp prose and keen sense of fair play that were Leta's hallmarks.